More than 30 people attended, including committee members, other Argentine residents,  and representatives of Global Community Monitor, the Kansas Sierra Club, Diesel Health Project, and the U.S. Environmental Protection Agency. The BNSF Railway did not send representatives.

The CBS affiliate TV Station KCTV5 was there, and showed this news report on the evening news.  The Kansas City Star sent a reporter and photographers, but has not yet run a story.

Leticia DeCaigny opened the meeting by providing background on how the project began and was conducted.

Her husband Ryan DeCaigny  discussed the health risks of diesel exhaust,  and the results of their monitoring, which showed that community members are subjected to dangerous levels of diesel exhaust from the Argentine Rail Yard Locomotive Maintenance Facility.

Judy Ancel presented the requests the Good Neighbor Committee made earlier this month to the BNSF Railway, and told them that BNSF had not yet responded.  The requests were: 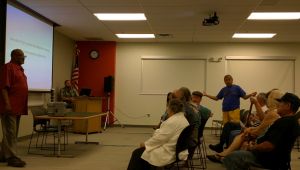 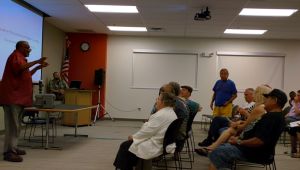 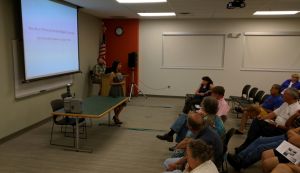 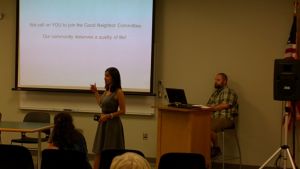 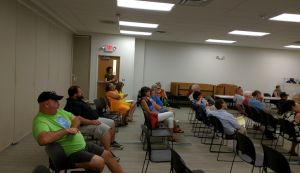 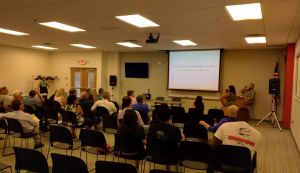 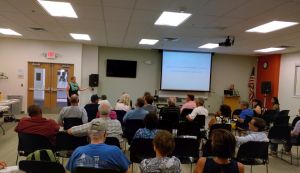 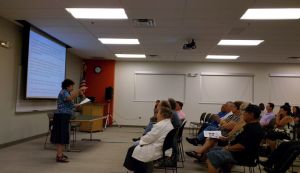 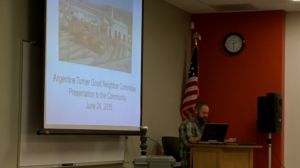 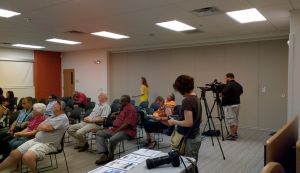 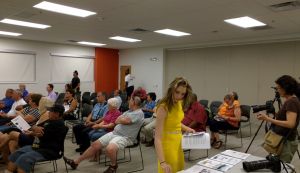 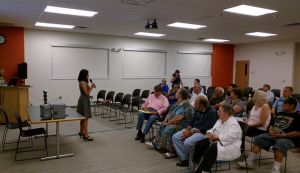 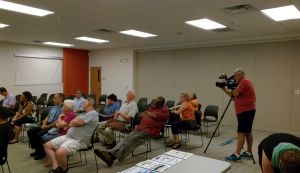 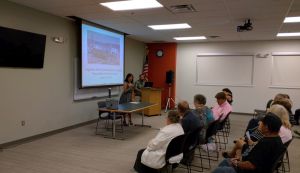 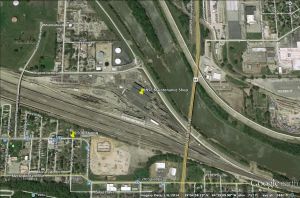 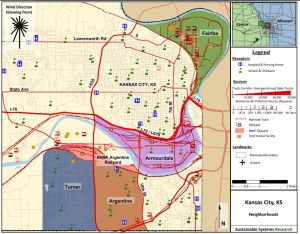 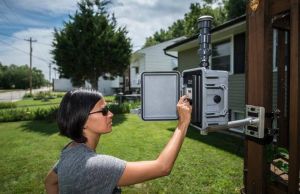 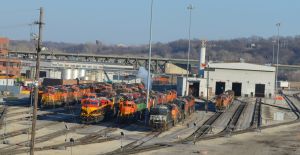 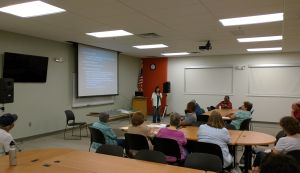 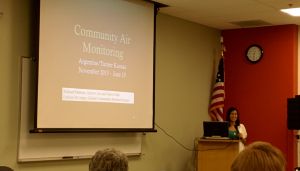 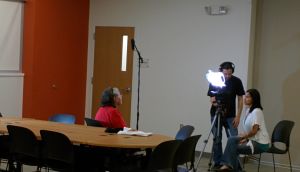 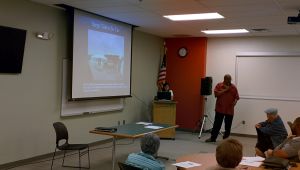 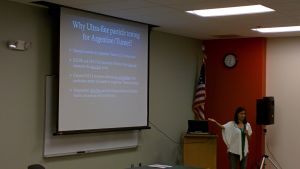 Richard described solutions to these problems that BNSF has implemented and proposed at other rail yards; and said that he wants them to use the cleanest possible technologies in Argentine too.

The Good Neighbor Committee had a sign up sheet and several people joined.

At the end of the meeting, the committee distributed copies of the report produced for the group by the Global Community Monitor.  It can be viewed on-line and downloaded here.